The proposed irrigation system had to fit into the site’s existing irrigation network. ion spent many days on-site investigating and assessing the existing system while designing the new system for the TTC project. It was noted during the assessment that the existing sprinkler system was not maintenance-friendly due to wear and ongoing damage created by pedestrian traffic throughout the campus. The proposed design incorporated micro-irrigation subsurface dripline and bubbler technology for turf, trees, and shrub bed areas, thus significantly reducing surface irrigation damage, vandalism, and maintenance.

Irrigation point of connections within site-building mechanical rooms were not available, so ion used the existing mainline network to supply water to the newly proposed irrigation system. A satellite irrigation controller was designed into the system capable of managing the irrigation system centrally. 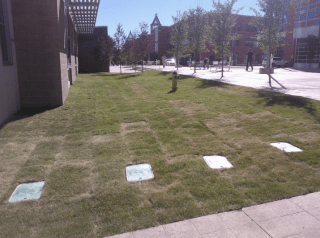 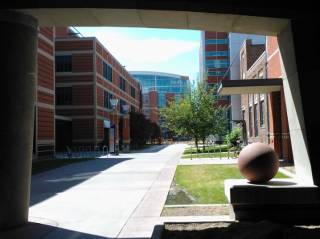 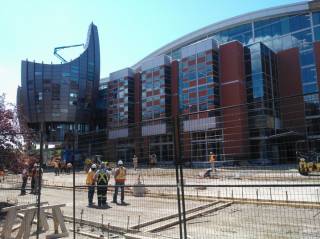